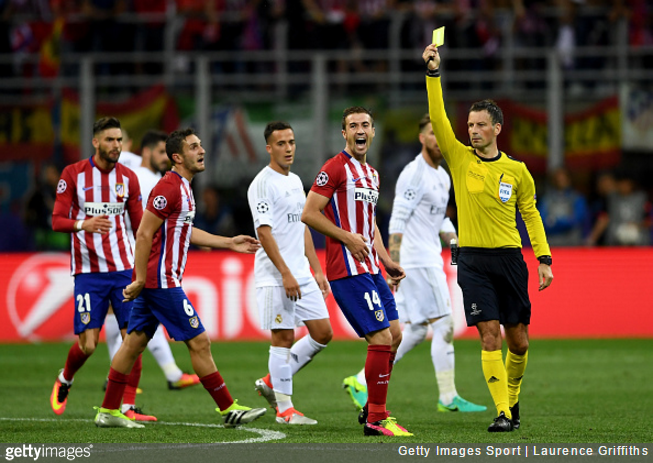 One poor, jilted Atletico Madrid fan is attempting to bring legal action against UEFA due to the “moral damage” he was subjected to while watching his team lose to Real Madrid in last season’s Champions League Final.

The supporter, Jose Antonio Campon, is suing UEFA after referee Mark Clattenburg failed to rule out Sergio Ramos’ opening goal for offside in the San Siro.

Atleti went on to equalise in the second half but eventually ended up losing 5-3 to their beloved neighbours in a penalty shootout.

According to AS, Campon has now filed a lawsuit against UEFA and Clattenburg to the tune of €1,660 – that’s €160 for the price of his match ticket and €1,500 for the aforementioned “moral damages” he was subjected to during the ordeal.

Campon is accusing UEFA of “not applying all means to safeguard the fulfilment of regulations and choose persons (Clattenburg) who did not fulfil their duty as would be demanded.”

As per the official suit documentation, the plaintiff himself said:

If you go to the cinema and there is no sound, they give you back your money. This is the same thing. There is a regulation and it has been breached.

It is negligence and in your job, and when you are negligent you pay the consequences. That is why we address the claim to the employer (UEFA) and his employee (Clattenburg) as responsible.

Antoine Griezmann spurning a golden chance to cancel out Ramos’ goal by clanging a penalty off the crossbar minutes into the second half obviously wasn’t a factor in Campon’s mild trauma. Funny that.

We believe ‘frivolous’ is the word you’re looking for, amigo.