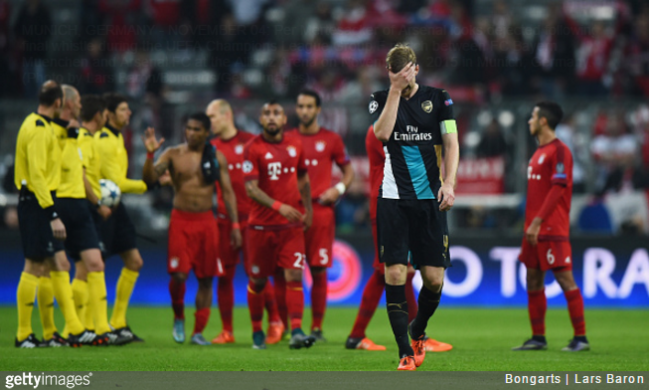 The spheroids of destiny have been ceremonially plucked from the perspex fruit bowls of outrageous fortune meaning that the draw for the last 16 of the Champions League is complete.

The big(ish) story from a Premier League perspective is that Arsenal will have to play Bayern Munich again having now been drawn against the Bavarians in the knockout stages on no less than four occasions in the last five years.

We’ll play @FCBayern (AGAIN!) in the last 16 of the @ChampionsLeague pic.twitter.com/2j4Iio570K

Elsewhere, there was a 40% chance that Leicester City would find themselves pitted against Bayern or Real Madrid but the Foxes instead managed to land an altogether more manageable tie against Sevilla.

You’d think that Man City seeing off Monaco was a foregone conclusion but who the hell knows what City are capable of at the moment.