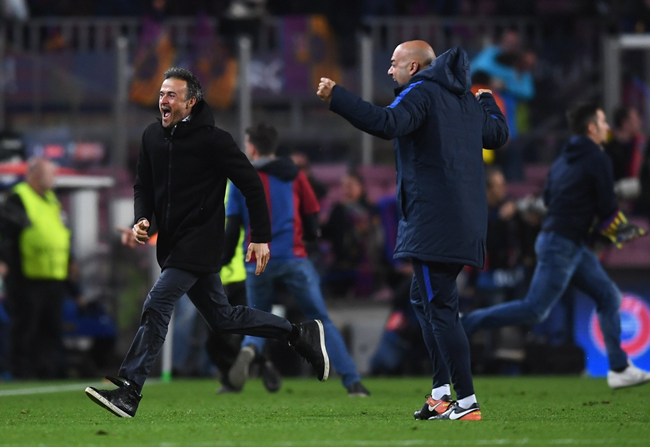 Luis Enrique admitted that he did himself a bit of a mischief while celebrating Barcelona’s incredible comeback victory over PSG in the Champions League last night.

With Sergi Roberto scoring the winner in the 95th minute, the final whistle sparked a deafening cacophony of celebrations at the Camp Nou, with Enrique hurtling out of his technical area to hug absolutely everybody in sight.

When someone says “it’s just a game”, show them this… pic.twitter.com/SbxPztgBIB

As revealed in his post-match press conference, the Barca coach suffered a minor tweak amid the frenzy, not that he cared one iota:

I left some ligaments on the pitch but it was worth it! I was brought to my knees.

I would like to thank everyone who kept their faith after we lost 4-0.

This is dedicated to them because this isn’t the Harlem Globetrotters, this is football.

Sitting through that kind of match on a regular basis can’t be good for your general well-being.