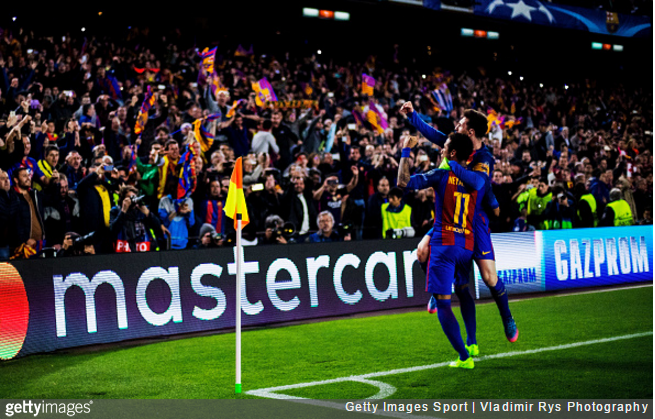 While the 90,000-odd people still inside the Camp Nou were erupting during the final few minutes of Barcelona’s epic win over PSG last night, one poor schmuck was stood outside wondering what all the fuss was about.

That man was Cris Rolandus, who travelled to the match from his home in Rotterdam only to leave the stadium in the 83rd minute to avoid the crowds.

‘Nice,’ I thought, but I didn’t worry because it was almost full-time.

He was outside the stadium when he heard Neymar had just scored his second goal to make it 5-5 in the 91st minute.

My family and friends were sending me excited messages, but I had to confess that I’d left my seat.

It was at that point that Rolandus, who is on a month-long break in Barcelona, decided to hunt down a bar to watch the remainder of the game.

I was completely out of my mind. I spent the rest of the night just staring at nothing.

The walk from the Camp Nou to my apartment is normally forty minutes, but last night it took me hours.

So does Rolandus have any regrets about his premature exit? You’re damn right he does:

Such a spectacle will never happen again. I bought the ticket for €105 months ago.

I was disappointed because of the 4-0 in Paris. I never thought the second match would be this way.

The pain was unbearable when I looked at the angle Sergi Roberto ran away to celebrate his winning goal.

I was sitting in that very corner, row 8.

I felt like I was stood in the middle of a party between death and mortal sin.

You said it, Cris. What a plonker.

As the almighty Quo once (sort of) proclaimed, you pays yer money and takes yer seat from whistle to bloody whistle.

(Many thanks to Michael Yokhin for the tip-off here)