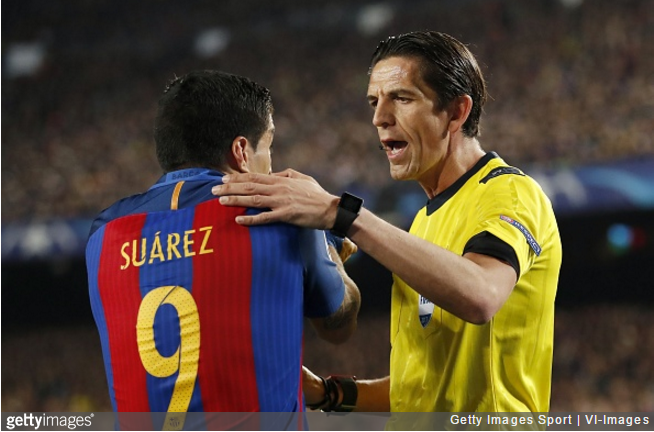 Showing a nigh-on admirable refusal to let it lie, PSG have reportedly cobbled together a list of all the mistakes made by the referee during their Champions League second-leg capitulation against Barcelona and submitted it to UEFA.

According to Le Parisien (who claim to have gleaned their information from MARCA and Gazzetta dello Sport), PSG’s top brass have compiled a list of what they deem to be every error made by referee Deniz Aytekin throughout the duration of the match.

This is likely to make a great noise. PSG sent a letter to UEFA, in which the Qatari management of the club listed the errors of the German referee Deniz Aytekin, (of which there were) nearly fifteen.

By Le Parisien’s admittedly flawed logic, had the mistakes not occurred PSG would have sailed to a “historic rout” at the Camp Nou and earned newfound “respect” among the European footballing elite.

If it’s respect they’re after, then maybe sending a whiny, tear-stained letter to the headmaster isn’t the best way to go about it.

Yes, Barca cheated and conned their way to glory. It’s what they do, and there’s nothing UEFA are willing to do about it.

You’ve just got to accept it and try again next year.