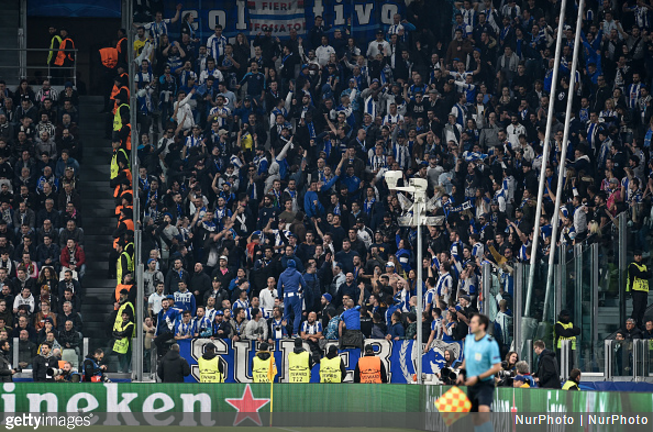 Porto’s hardy band of travelling fans were in fine form last night, singing, chanting and generally cavorting the night away despite watching Juventus knock their side out of the Champions League.

The revelry in the away end was perhaps best encapsulated by a lone Porto fan, who scaled the perimeter fence and clambered over into a Juventus section just to swap souvenirs with a rival supporter…

A Porto fan climbed into the Juventus end last night to swap scarfs with him, class. 👏🏼 pic.twitter.com/bB0AJ64lpk

Just when you think you’re about to witness a bit of bovver, a pwopa nawty-looking little oik goes and stumps you. Pies have learned a valuable lesson here today.

Smashing stuff – and not in the usual, literal sense.