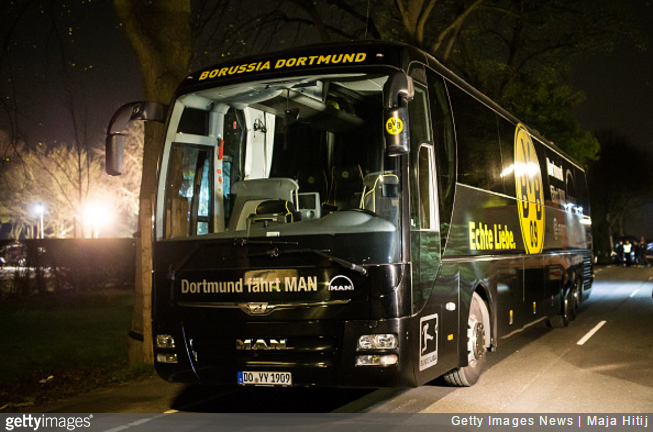 Borussia Dortmund have confirmed that Marc Bartra is fine and recovering well after being the only person injured during Tuesday night’s attack on their team bus.

It was widely reported that Bartra was injured by glass that was smashed by the explosions, with Dortmund revealing that the Spanish defender suffered a broken arm.

Marc Bartra underwent an operation on Tuesday night after breaking the radial bone in his arm and getting bits of debris lodged in his hand as a result of the bomb attack on the BVB Team Bus.

The prevailing mood in the Black and Yellow camp seems to be “to play the match tomorrow for Marc”.

BVB president Reinhard Rauball then appeared on German news channel N-TV to simply add: “We learned that everything went well.”

Blimey. Certainly sounds like the explosion was a little stronger than the “three firecrackers” that were being blamed last night.

Anyway, we’re glad to hear that Bartra is okay and on the mend. Here’s wishing him the very speediest of recoveries.