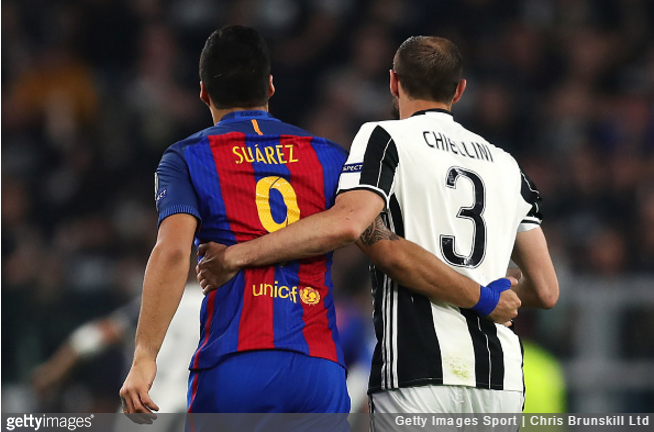 Juventus defender Giorgio Chiellini has likened Barcelona’s attack to blood-thirsty sharks and let’s face it, he would know, having been partially devoured by one of them in the past.

The Bianconeri are heading into the second leg of their Champions League quarter-final with a commanding three-goal cushion to fall back on, but the grizzled veteran is more than aware that Lionel Messi and co. aren’t sunk and out of it just yet – as one glance at their result in the previous round of the competition duly attests.

They [Messi, Neymar and Suarez] are like sharks: they feel it, they smell blood. You have to keep them far from the door.

We are half way, we have to try to score goals playing short, but without fear.

We need to slow Barcelona’s game down, and to score a goal would be a decisive injection of confidence.

There were concerns that Juventus might have to face Barca without Paulo Dybala, their two-goal hero from the first leg.

However, head coach Massimiliano Allegri has said he is “optimistic” the Argentinian forward is on course to shake off the ankle sprain he suffered against Pescara last week in time for Wednesday night’s main event.