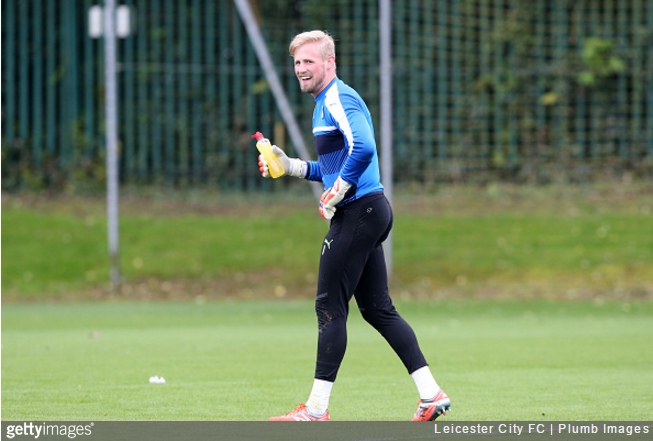 Helpful then, that BT Sports had Peter Schmeichel in attendance to oversee his son Kasper and the rest of the Foxes going through their paces.

Indeed, the session began with Schmeichels the elder and younger sharing a rather awkward greeting, leading Jamie Vardy to quip that it was obviously “bring your father to work day” at Belvoir Drive…

He’s your son for crying out loud. Give the boy a hug.