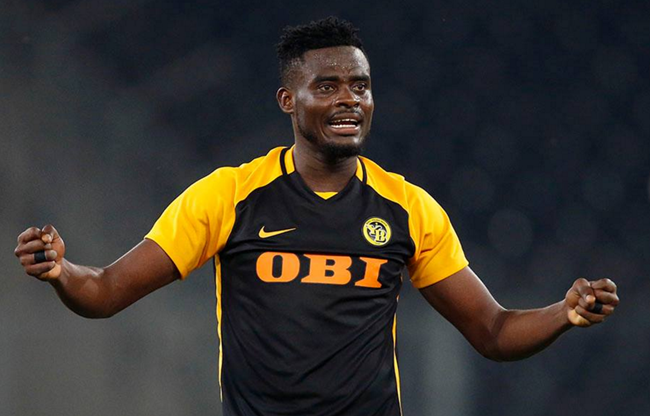 With the scoreline goalless and the 91st minute steadily wicking away, it looked for all the world like the first leg of Young Boys’ Champions League play-off against CSKA Moscow was dead set to finish 0-0.

Unfortunately for the Swiss side, defender Kasim Adams Nuhu chose that exact moment to unleash hell (under minimal pressure) on the edge of his own 18-yard box…

Being half-heartedly chased down under a looping clearance by CSKA forward Vitinho, Nuhu cushioned the ball expertly with his head before nodding a second header over and past his goalkeeper, David von Ballmoos, to hand the Russians the victory.

“91. Aye aye aye, very bitter. Nuhu heads back to Von Ballmoos, the ball gets too high and the Young Boys goalie can not get it any more.”

Yep, that just about sums it up nicely.