Turns out that Daniele De Rossi’s scorching own-goal wasn’t the only obscene aspect of Roma’s 4-1 defeat against Barcelona in the Champions League quarter-finals on Wednesday night.

Thankfully, the Voice & Vision channel took the necessary precaution of blurring out the female wolf teats so brazenly depicted on the Giallorossi’s badge… 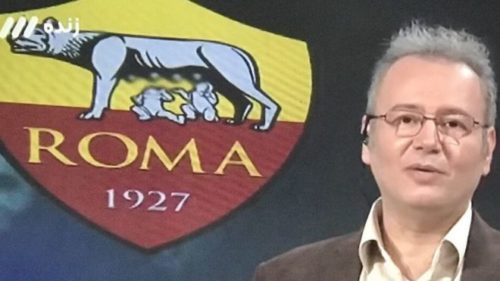 Granted, it’s a fairly grim scene to have on your badge, but the Romulus and Remus myth of Rome’s foundation dates back several thousand years and Roma have proudly sported it upon their bosom for almost 100 of them.

Oh bugger, did we just say ‘bosom’? …And ‘bugger’? The saintly censors are going to be coming after Pies next.