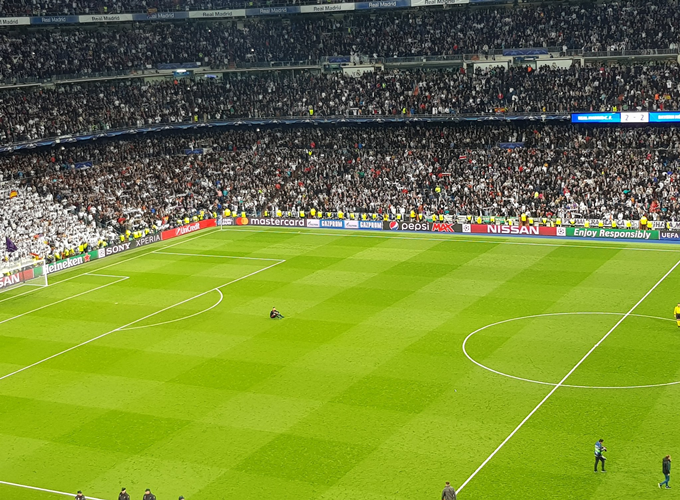 The loneliness of the faltering goalkeeper (Photo: @riksharma_/Twitter)

Poor old Sven Ulreich endured a right old nightmare during Bayern Munich’s 2-2 home draw with Real Madrid on Tuesday night, a result which saw the German giants dumped out of the Champions League at the semi-finals stage, courtesy of a 4-3 aggregate loss.

A key moment in the tie was Karim Benzema’s second goal of the game just after the break, which put Madrid 2-1 on the night, with Ulreich, Bayern’s back-up for the injured Manuel Neuer, making the most painful of errors.

With the ball played back to him by Corentin Tolisso, a confused Ulreich didn’t know if he could pick the ball up or not, instead inexplicably letting it pass him by and into the path of Benzema, who duly slotted home.

A horrendous error and one which sent Real on their way to victory.

Let’s hope making such a costly ricket doesn’t haunt the 29-year-old Ulreich for the rest of his career.