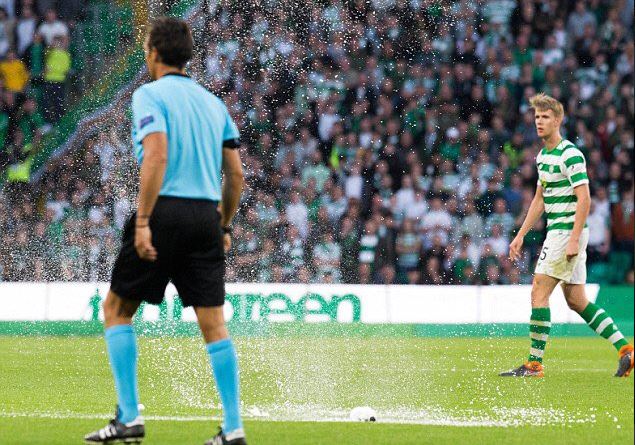 Celtic were held to a 1-1 draw at home to AEK Athens on Wedensday night, with the Scottish giants now needing to score in Greece in the return leg of their Champions League qualifier if they are to proceed.

Callum McGregor had given the hosts the lead on 17 minutes, before Viktor Klonaridis leveled the scores before half-time.

After the break, AEK went down to 10 men when Konstantinis Galanopoulos was sent off. However, Celtic couldn’t make the most of their extra man, with the game ending all-square.

Olivier Ntcham impressed for Celtic throughout the game, with the midfielder also making his mark by treading on the referee’s spray can, which had been dropped by the official.

Ntcham and the rest of the Bhoys travel to Greece next week for the return leg, with the game very much in the balance.