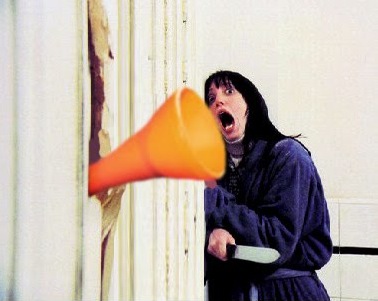 This statement just in from Platini Towers:

“UEFA has decided that vuvuzelas – the trumpet that came to prominence at games during this summer’s FIFA World Cup in South Africa – may not be brought into stadiums at matches in UEFA competitions.

European football’s governing body has informed its 53 member associations that it has taken the move for reasons related to Europe’s football culture and tradition, saying that the atmosphere at matches would be changed by the sound of the vuvuzela.

The World Cup was characterised by the vuvuzela’s widespread and permanent use in the stands. In the specific context of South Africa, the vuvuzela adds a touch of local flavour and folklore, but UEFA feels that the instrument’s widespread use would not be appropriate in Europe, where a continuous loud background noise would be emphasised.

The magic of football consists of the two-way exchange of emotions between the pitch and the stands, where the public can transmit a full range of feelings to the players. However, UEFA is of the view that the vuvuzelas would completely change the atmosphere, drowning supporter emotions and detracting from the experience of the game.

It’s the right decision, I think. European football doesn’t need or want the vuvuzela, just as African football can do without any Europeanisation of its game.

You agree with Uefa that the vuvuzelas ‘drown’ supporter emotions? (Okay, that wording sounds like it was decided on by a committee of Sony robots, but you get the gist.)