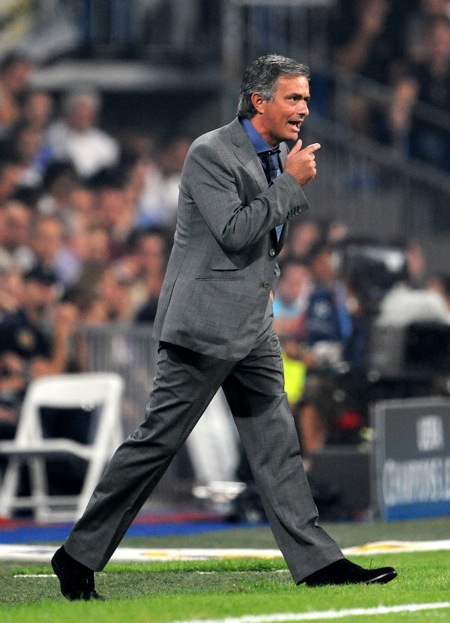 To my great surprise (and no little delight), UEFA have charged Real Madrid head coach Jose Mourinho after launching an investigation into whether Sergio Ramos and Xabi Alonso deliberately incurred red cards during Tuesday’s Champions League group match at Ajax.

Ramos and Alonso, along with alleged accomplices Jerzy Dudek and Iker Casillas, are also under investigation for improper conduct.

A statement from UEFA said: “UEFA has confirmed that a disciplinary case has been opened against Real Madrid for the improper conduct of coach Jose Mourinho and players Xabi Alonso, Sergio Ramos, Iker Casillas and Jerzy Dudek during the UEFA Champions League Group G match against AFC Ajax in Amsterdam on Tuesday.”

The case will be dealt with by the UEFA Control and Disciplinary Body on Tues. November 30.

There have been accusations that substitute keeper Dudek relayed a message from the Real bench – via Casillas – that Alonso and Ramos, having already been booked, should time-waste and get second yellows so as to get any ban out of the way before the knockout stages of the competition.

Uefa in ‘backbone’ shock. Who knew?