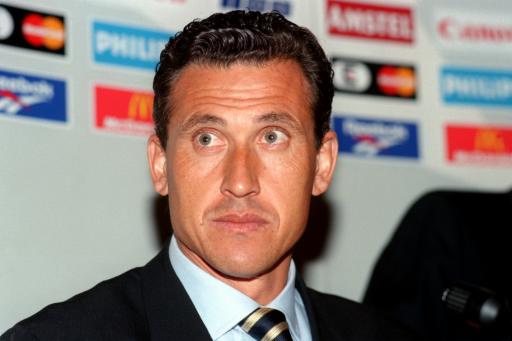 Real Madrid’s tightly-coiffed director general Jorge Valdano has hit out at UEFA’s handling of the red-card fiasco in which the club is currently mired – accusing Platini an co. of ‘singling out’ the Spanish giants after Sergio Ramos and Xabi Alonso deliberately received second yellow cards for time-wasting t’other night, thus effectively ensuring that they would begin the knockout stages of the Champions League with clean disciplinary records.

UEFA launched an investigation into the allegations of gamesmanship and saw fit to charge both Ramos and Alonso along with the brains of the operation, coach Jose Mourinho – a precedent that Valdano sees as wholly unfair, telling Cadena Ser radio station:

“I can’t go into details but there have been many players who have done something similar and were not punished.

“(Former Lyon midfielder) Juninho was penalised financially, Zlatan Ibrahimovic and Walter Samuel, when they were at Inter, did something similar. There is no way to rely on the regulations.

“What happens at Real Madrid also happens at other clubs but UEFA are never as severe.”

The case is now due to be heard by the UEFA Control and Disciplinary Body next Tuesday and, with UEFA’s shiny new backbone in order, who knows – they might just throw the book at serial whinger Valdano as well.