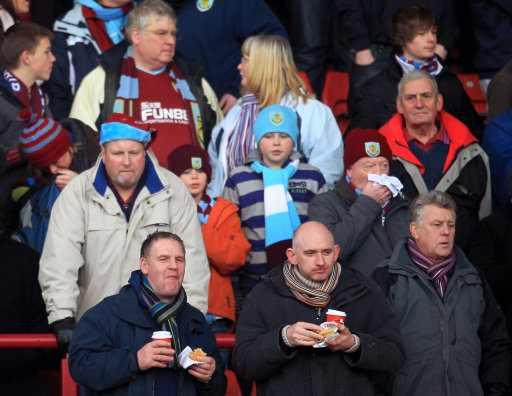 With fans obviously having better things to do than wait for three minutes while their half-time pies are nuked by the surly staff at the Turf Moor refreshments kiosk, Burnley have launched a mobile app which allows supporters to place online orders for their matchday pies and snacks days in advance.

Developed alongside tech firm Preoday, the “i-Pie” online ordering app (which has now gone live) was produced by Burnley to help “increase food and drink sales and reduce queues during the traditionally frantic half-time service”.

Here’s how it works…

“With the app you can place your order where ever and whenever you like. At half-time, look for the designated service point under the stand.

“Take your phone with you to collect your order and show the service staff the verification code on the phone. They will have your order ready for you….and of course there’s no need for payment at the till.”

The app is free and easily downloadable from Apple’s App Store and/or the Google Play Store,(it’s simply called “Burnley FC” on both) meaning you don’t even have to be at Turf Moor to order your steaming hot mechanically recovered abattoir sweepings and salmonella-flavoured pastry-topped football snacks.

Now that is the kind of technological progress we can get behind!