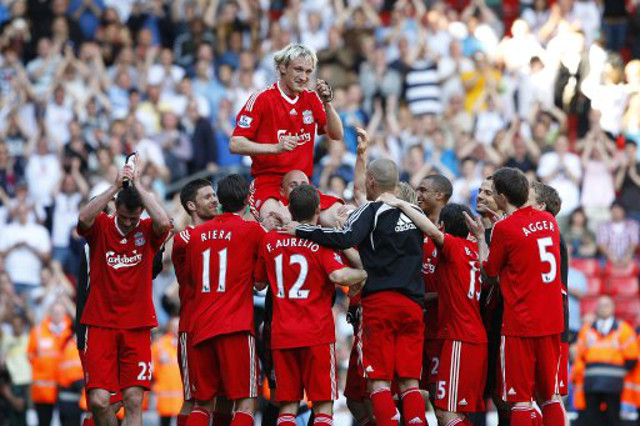 Former Liverpool defender Sami Hyypia is close to taking over the hot-seat at Brighton & Hove Albion in a rather surprising yet logical move for the 40-year-old Finn.

Hyppia, who spent 10 years at Liverpool, where he won the Champions League, the UEFA Cup and a couple of FA Cups amongst other trophies, had initially enjoyed a successful spell as manager of Bundesliga side Bayer Leverkusen. However, after a poor run of form, Hyppia was given the boot in April leaving the lanky coach in need of a job.

With Oscar Garcia stepping down after the Seagulls’ play-off failure, the south-coast club have been eager to find a suitable replacement and Hyppia, with his top class experience both as player and manager, looks like the man to do the job.

No doubt Hyypia would like a crack at managing in the Premier League and Brighton, a club with everything in place to once again challenge for the top-tier in 2014/15, could offer him that or if nothing else, the Sussex club could at least be a stepping stone to a bigger English club.