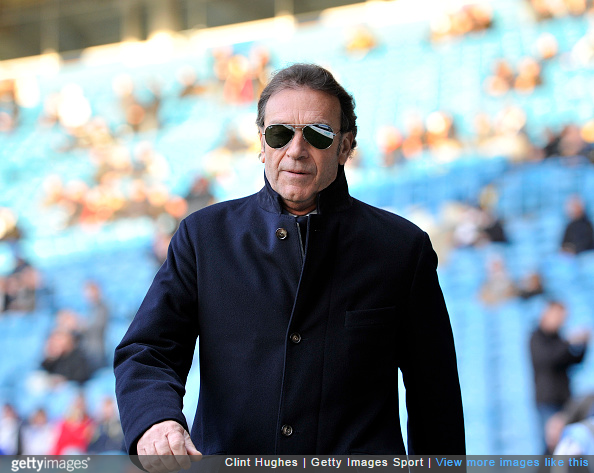 Massimo is a man on a mission

Leeds owner Massimo Cellino has apparently warned club staff that they will face disciplinary action if they allow Sky Sports cameras into Elland Road ahead of the club’s Championship game against Derby today.

According to the Daily Mirror, Cellino believes that the relatively high amount of Leeds games being televised is not only disrupting his team’s fixture list but also having a negative impact on attendances and therefore the club’s overall commercial income.

Having submitted a formal complaint, the Italian has now decided to impose a black-out of sorts. Indeed, he has reportedly told staff that they will face disciplinary measures for gross misconduct for disobeying his strict orders to keep Sky at bay.

As such, the Sky broadcast crew turned up at Elland Road on Monday and were refused entry to the stadium.

Whereas the game is certain to go ahead, Cellino’s refusal to allow the cameras in would constitute a breach of contract with the Football League, who paid through the nose to sign a new four-year contract with Sky to screen live matches back in February.

The League has been made aware that Sky personnel have been unable to access Elland Road today as previously arranged.

We have contacted Leeds United to remind the club of its obligations to our broadcast partner and to ask them for their observations.

As yet, we have not received a response from anyone in authority at the club, but are hopeful that the matter can be resolved swiftly once the club does engage.

Cellino reckons Leeds are shown live on Sky more than any other Championship club which, by and large, is true – though they’ve only been shown live three times at home so far this season.

Sky supposedly favour Leeds as their games attract bumper audiences due to the comparatively large fan base the Yorkshire club boast.