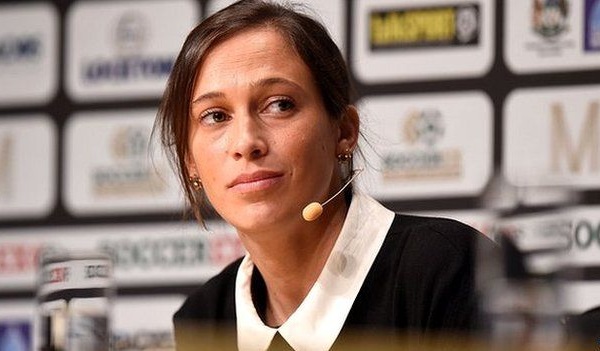 Charlton Athletic have launched an investigation after a forged resignation letter from under-fire chief executive Katrien Miere appeared on the Companies House website.

Companies House, which is the UK registrar responsible for incorporating and dissolving limited companies, received the paperwork in early December then ratified the termination of Miere’s role before being alerted that the resignation was a doctored fake.

According to the Daily Mail, the floundering Championship club only learned of the matter when they received notice of Miere’s removal from their board from Companies House in early February.

Charlton confirmed as much in an official statement posted on their website before adding:

This document is false. The club is investigating the matter as it is something we take seriously.

Miere, along with most of the rest of the current Charlton’s much-maligned Belgian hierarchy, has been the subject of supporter ire over the past few months as the club continues to be run into the ground in calamitous fashion by owner Roland Duchatelet and co.

She recently stoked the flames further by publicly complaining that football fans refuse to see themselves as “customers” at a technology expo in Dublin – not that that is any excuse to go bellowing in her face on a train or anything.

Anyway, it is thought that the forged document is the work of a particularly devious fan, perhaps affiliated with one of the anti-Duchatelet campaign groups, who forged Miere’s signature and then successfully managed to pass the documents off as kosher.

Whether Charlton manage to identify the culprit or not remains to be seen.

In the meanwhile we’re simply left wondering, isn’t this all a bit over the top?

Fine, you may not approve of the way your local football team is run, but falsifying legally-binding documents is surely nothing short of completely absurd?