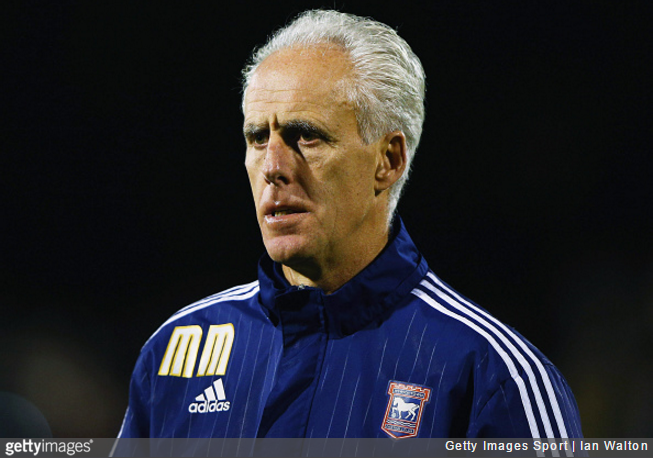 As you may or may not have noticed, young Arsenal loanee Ainsley Maitland-Niles has been missing from the Ipswich team for the past couple of games.

This is because the 18-year-old winger’s mother has fallen foul of Mick McCarthy having reportedly left an “abusive” voicemail message on the Ipswich manager’s phone.

According to The Sun, Jule Niles took umbrage at McCarthy’s decision to prevent Maitland-Niles from attending an England Under-19 kit launch in March in order to prepare for an Ipswich game.

She called the Blues manager, apparently while abroad, leaving him the lengthy abusive and threatening expletive-packed rant.

Shocking isn’t it? We can’t believe Mick has voicemail either!

Anyway, McCarthy then left Maitland-Niles out of his squad for Ipswich’s 2-0 home win over Blackburn on 15th March, and he’s only featured once (as an unused sub) since then.

As per The Sun’s report, McCarthy was apparently so taken aback by the language that he asked his backroom staff to listen to it to make sure he wasn’t going mad.

Of course, this isn’t the first time that Maitland-Niles’ mother’s “pushy” tendencies have come to the fore.

Indeed, she was banned from the Arsenal training ground last season after turning up to an Under-21 game in which her son was playing and assaulting two members of the Gunners’ back-room staff, including club negotiator Dick Law.