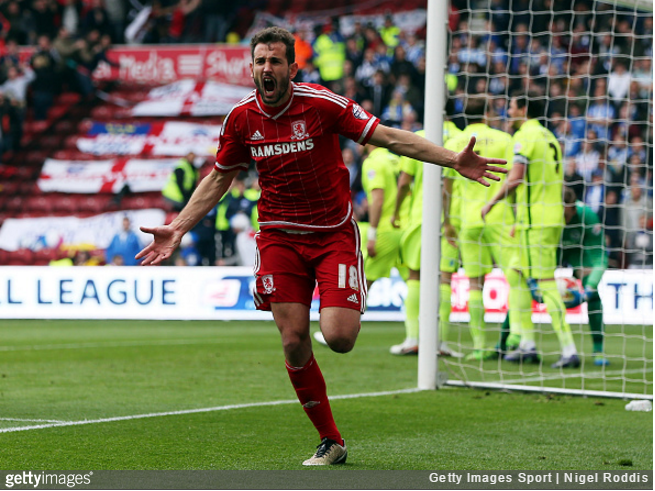 Sincere congrats are most definitely due to Middlesbrough, who today secured automatic promotion to the Premier League thus bringing an end to their seven-year absence from the top flight.

An anxious 1-1 draw in their winner-takes-all final day clash against rivals Brighton was enough to secure Boro’s return via the slimmest of margins – a mere +2 goal difference over their fellow promotion hopefuls.

It looked for all the world like Aitor Karanka’s side were going out of their way to sabotage their promotion push a month or so ago, when their head coach temporarily left his post (before immediately returning) as results took a brief nosedive.

Alas, all’s well that ends well. Boro will be joining Burnley at the top table next season, who tied up the Championship title with a 3-0 away win over Charlton.