While the use of mobile phones has been severely restricted by the likes of Pep Guardiola at Manchester City, at Championship side Rotherham the policy seems to be a little bit more loose.

On Saturday, striker Peter Odemwingie was sent off in the Millers’ 2-1 defeat against Leeds, only for the Nigerian to Tweet an apology while the game was still going on. 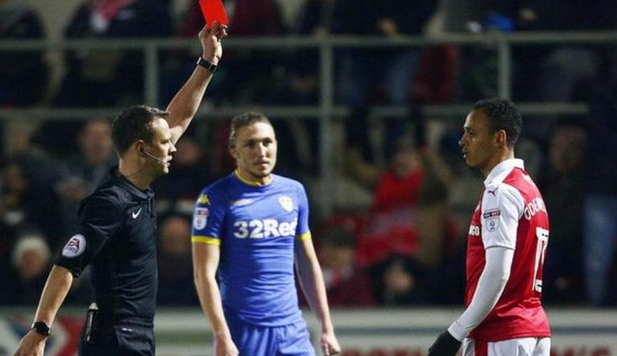 Odemwingie saw red just before the half-hour mark, after appearing to elbow Liam Cooper. Then, after his early bath, the Nigerian took to Twitter to say sorry for the incident…

I was unlucky with the red card. We all normally jump with our hands up to protect each other and expected his to be up as well.

I didn’t mean to but caught the player and accept the referee had no choice. Hope the boys get something out of the game. Ups and downs ⚽️🙁

Despite the Tweets, the video evidence doesn’t do Odemwingie any favours…

Did Peter Odemwingie think he was playing Mortal Kombat rather than a #Championship match?! pic.twitter.com/oXQLz7v2lC

The defeat at home to Leeds leaves Rotherham 11 points from safety, with only one win in the league all season.