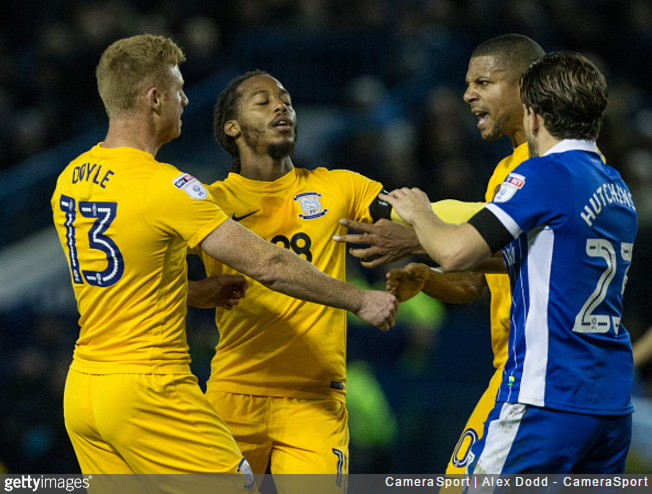 Preston North End have said that they will be fining both Jermaine Beckford and Eoin Doyle after the pair were sent off for squaring up to each other during Saturday’s 2-1 defeat to Sheffield Wednesday.

The pair, who were likened to “four-year olds” by Preston manager Simon Grayson, almost came to blows in the final minute of the game at Hillsborough and promptly received their respective marching orders from referee Scott Duncan.

The club have since issued a statement to confirm that not only with Beckford and Doyle be fined, but that the money will then be used to reimburse those Preston fans who made the trip to Sheffield only to watch their side implode.

On top of the punishment they will receive from the FA for their sendings off, they have also been fined by the club for their actions.

These fines will be used to repay all Preston North End supporters who attended the trip to Hillsborough the cost of their ticket money back.

The players today also issued a public apology to the management, their team-mates and the supporters for their actions.

Kudos to Preston for wrapping this sorry little episode up in a prompt and rational manner.

For once, sense has prevailed.