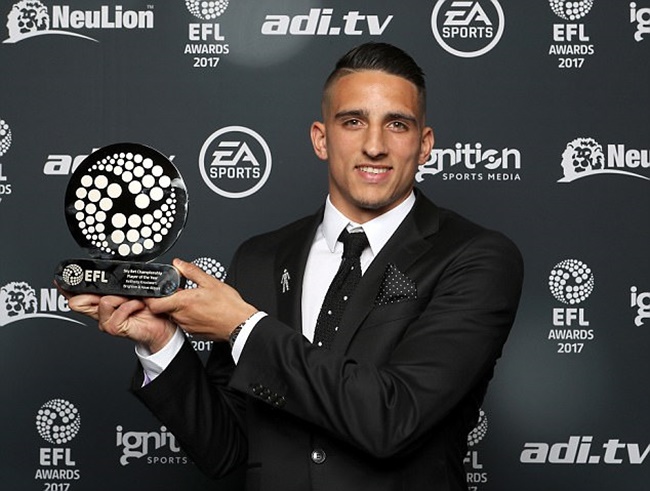 The EFL are in the process of sending Anthony Knockaert a replacement ‘Player of the Year’ trophy after managing to misspell the Brighton forward’s name on the original award.

Knockaert was crowned ‘Championship Player of the Year’ at the EFL Awards in London earlier this month, but was photographed holding a trophy with the name ‘Anthony Knockeart’ engraved upon it.

According to the Daily Mail, the EFL have since been made aware of the error and are in the midst of sending Knockaert a replacement.

A slicker operation you could not wish to encounter.