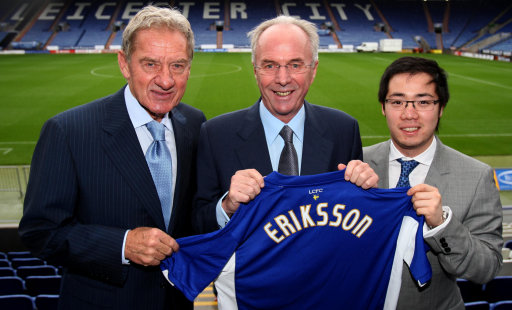 Leicester City have officially confirmed that they have appointed Sven-Goran Eriksson as their new manager, after Paulo Sousa left the club ‘by mutual consent’ last week.

“We are delighted to welcome Sven to Leicester City Football Club. This is a great day for everyone associated with the club and we are very proud to have Sven as our new manager.”

“This is another example of the great support shown by our new owners. Their ambition for the club has been emphasised with this landmark appointment of Sven as the new manager.”

And finally, Eriksson himself told the site;

“I am extremely pleased to be the new manager of Leicester City. This challenge provides great motivation for me and I look forward to working with the players, meeting the supporters and hopefully achieving great success for Leicester City.”

The site goes on to list the clubs on the Swede’s lengthy CV, citing Lazio, Benfica and Manchester City, as well as international sides Mexico, Ivory Coast and England amongst his former employers.