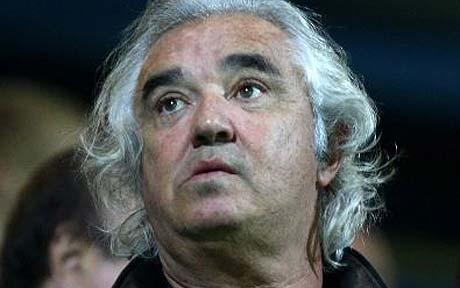 With QPR sitting on top of the Championship pile after enjoying a faultless start to the season under Neil Warnock, it seems that the slightly more physically repulsive half of the R’s co-ownership duo (the other being malnourished Formula One hobgoblin Bernie Ecclestone) is already turning his thoughts to the Premier League.

Regardless of Warnock’s achievements this season, Flavio Briatore has been outlining his ambitions for next season and it seems that the former Sheffield United and Crystal Palace boss isn’t going to be featuring particularly prominently if the brum-brum tycoon gets his way.

“Bernie and I have a 70% stake in QPR, and we are top of the table. If we go into the Premier League, I have a dream. That is to have Marcello Lippi as our coach.”

Charming, such is the man.