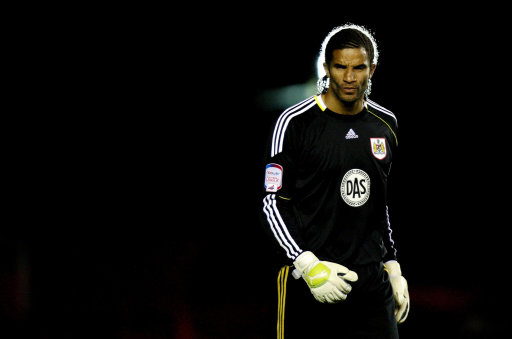 Bristol City may be forced into to offloading their highest earners in January after posting record losses of £11.8 million for last year, almost double the then-record shortfall of £6.5 million announced 12 months earlier.

Manager Keith Millen has been told that he will need to reduce the club’s spiralling wage bill with former England goalkeeper David James reportedly being amongst the first to be sold on once the market opens up again come the turn of the year.

Millen has also been charged with trying to offload former Bolton defender Nicky Hunt, midfielder Kalifa Cisse and ex-QPR defender Damion Stewart, who were all signed by former manager Steve Coppell before he quit in August.

In an interview with the Bristol Evening Post, chairman Steve Lansdown admitted that the club’s current balance sheet is ‘a mess’, but vowed that the losses were sustainable:

“We brought a lot of players in on loan last season, players like…Evander Sno, Chris Iwelumo, Patrick Agyemang and Stefan Maierhofer and they were expensive commodities.

“We also had to reach a settlement with the manager (former former manager Gary Johnson resigned in March), so it was an expensive year in terms of salaries from which we didn’t derive much benefit.

“We tried to make that push to get us into the play-offs and up to the Premier League and it didn’t come off.”