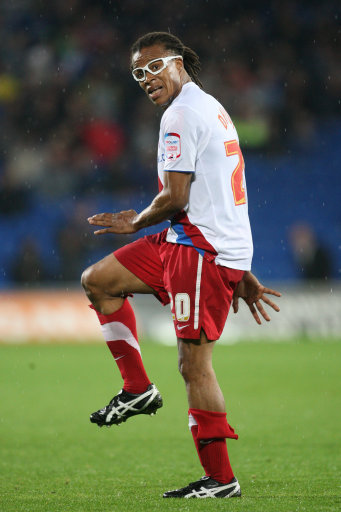 Crystal Palace have confirmed that Edgar Davids has left the club, after coming out of a two-year semi-retirement to join the Eagles on a pay-as-you-play deal back in August.

A brief statement posted on the club’s official site reads:

“The club would like to thank Edgar for his time here and wish him all the best of luck for the future.”

37-year-old Davids also posted a message on his personal site saying that, alongside winning Champions League titles with Ajax, scudetto titles in Italy with Juventus and almost single-handedly igniting Barcelona’s current(ish) dominance of European football, his two months and seven starts at Palace rank up their with the ‘greatest experiences’ of his life:

“Today I have decided that my journey as a player of Crystal Palace FC has come to an end.

“I want to thank all the people who supported me and gave me one of the greatest experiences of my life.”

Alas, the glorious cheese dream is over.