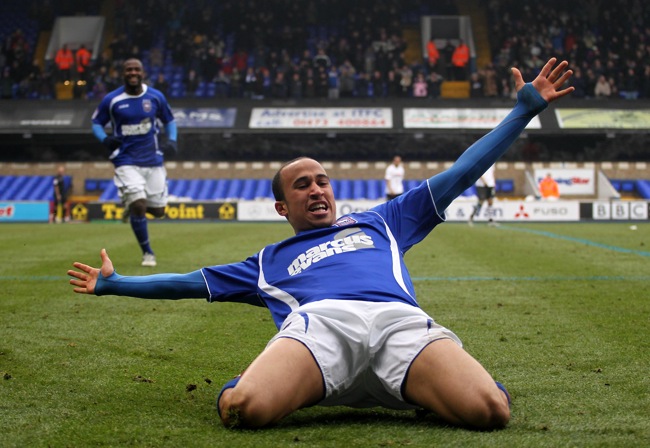 Ipswich Town’s Andros Townsend celebrates scoring the opening goal against Swansea – it was his first goal for the club. That was as good as it got for Roy Keane’s side, who crashed to a 3-1 defeat at home, to ensure Town’s worst run of league defeats in 15 years.

“As much as we can blame individual mistakes I’m ultimately the manager, I pick the team, I brought some of the players in,” Keane said after the match.

“We can’t keep making these excuses and there will be a point where we say ‘enough is enough’.

“Eight defeats out of 10 is unacceptable for a top club like Ipswich.

“It doesn’t matter if I have a week or 10 years left on my contract, I do look at my position every day.”

I think it’s too early to ditch Keane, especially in such a yo-yo division, but Ipswich desperately need a win or two before Christmas to keep them clear of the relegation zone.