Yes, it may have ended goalless, but last night’s first play-off semi-final first leg between Nott’m Forest and Swansea at the City Ground was actually a fairly decent ding-dong of a game.

Despite being reduced to ten men after just 2 minutes, the Swans had the first-half sewn up – leaving stilted Forest looking like the side with the numerical disadvantage for long periods and going close on a number of occasions.

However, it was a different story after the interval as, presumably following a Billy Davies slanging at half-time, Forest seemed to buck up and actively dominate their Welsh opponents – though, admittedly, without ever really looking like they were going to score from open play.

Robert Earnshaw did have the ball in the net at one stage, but the Cardiff boyo was a good few yards offside as per and, though Forest really should have landed a penalty during the latter stages of the second-half, the stage now seems set for Swansea to roll us – the perennial play-off bottlers – over at their place on Monday. 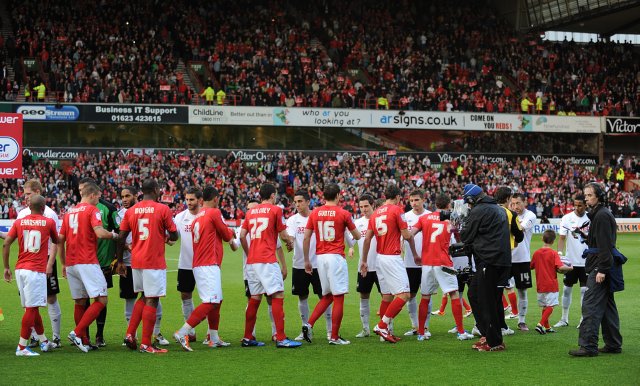 The two teams shake hands before kick-off. Note the award-winning carpet of a pitch 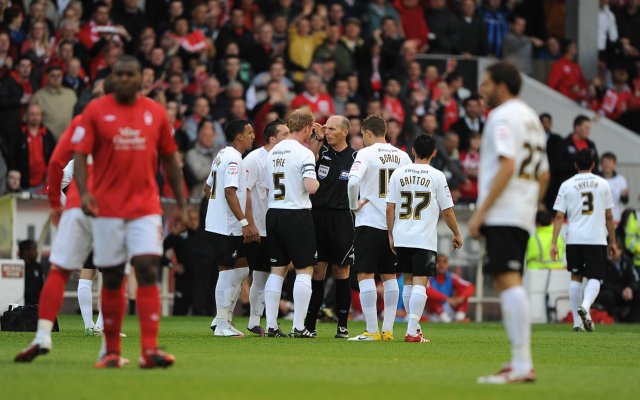 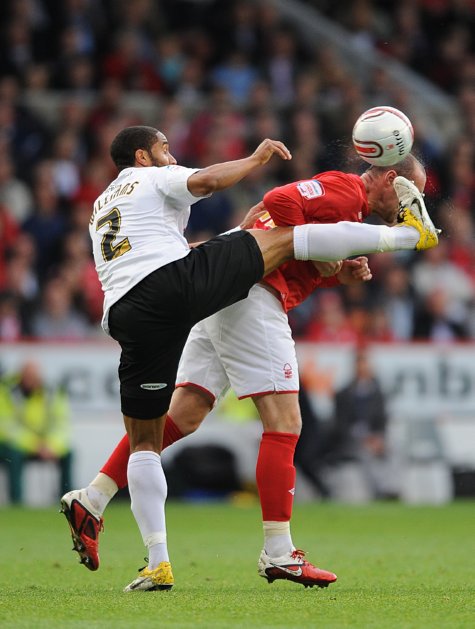 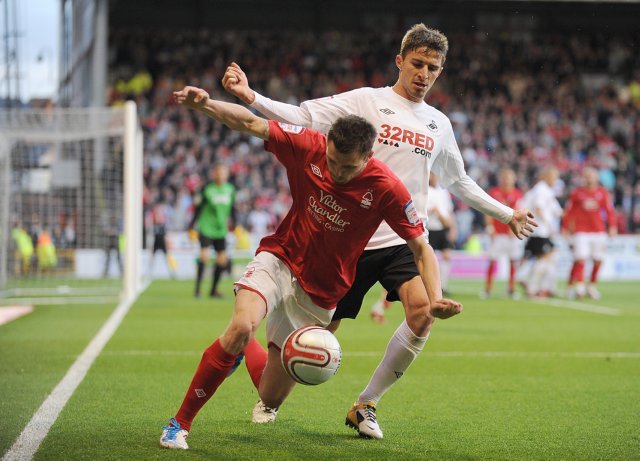 Paul Anderson shields the ball from the lively Fabio Borini 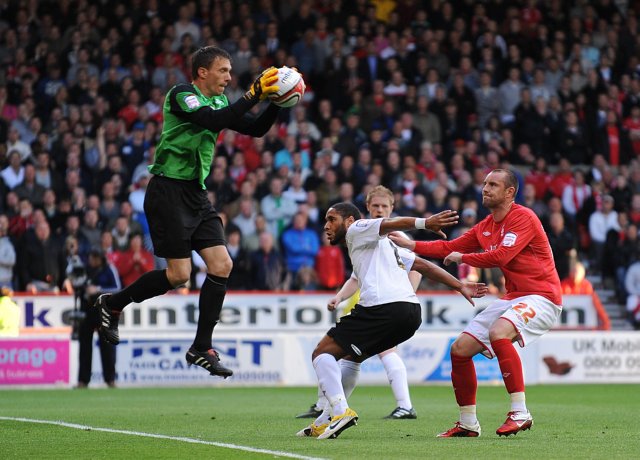 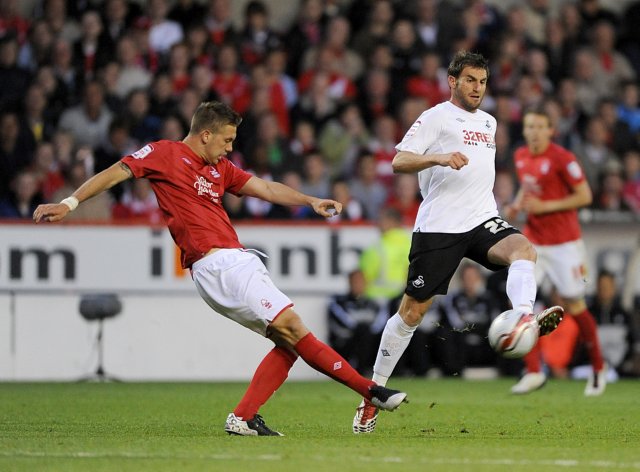 Luke Chambers clears his lines as Angel Rangel closes in 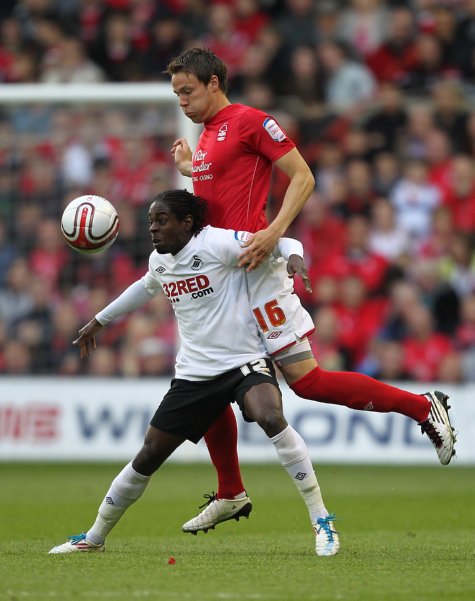 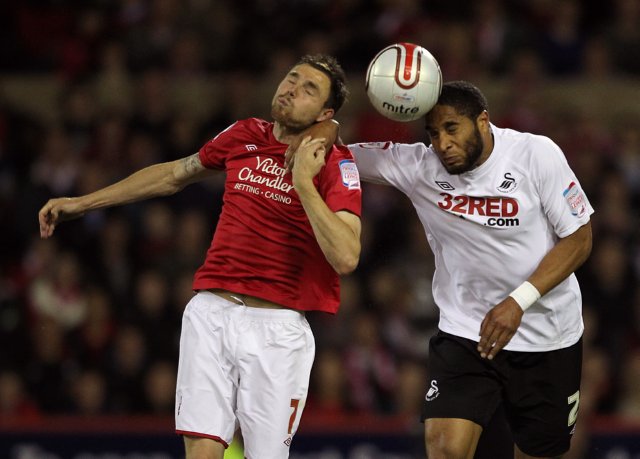 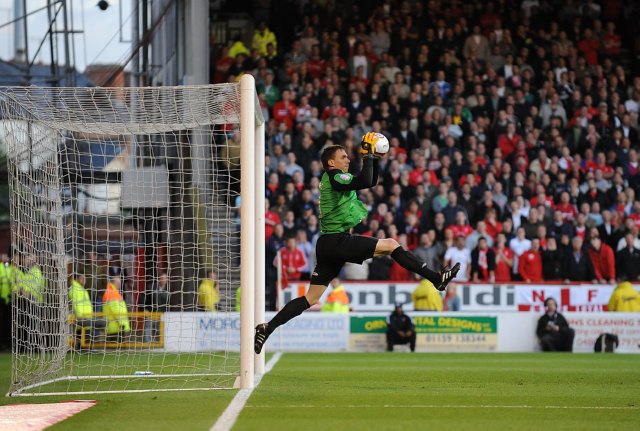 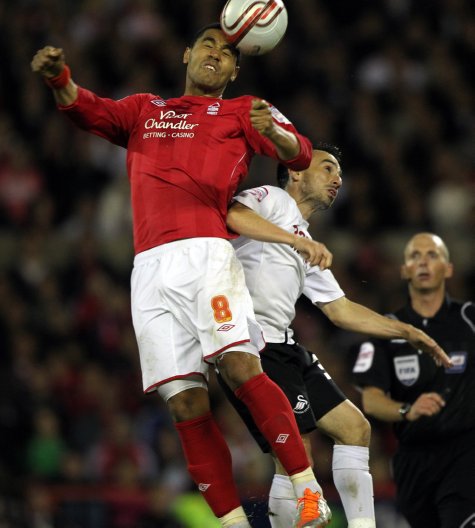 Lewis McGugan and Leon Britton battle for an aerial ball 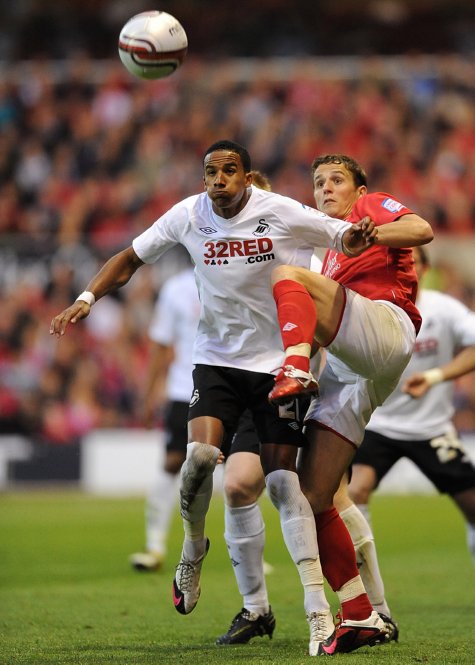 Scott Sinclair and Chris Cohen tussle for the ball 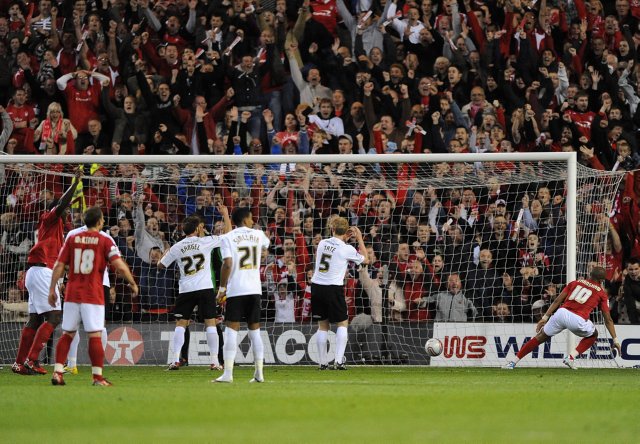 Robert Earnshaw turns to celebrate after nodding home, only to see the goal chalked off for offside 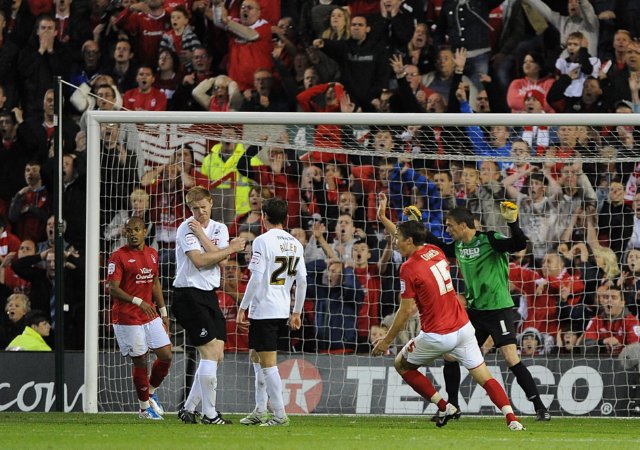 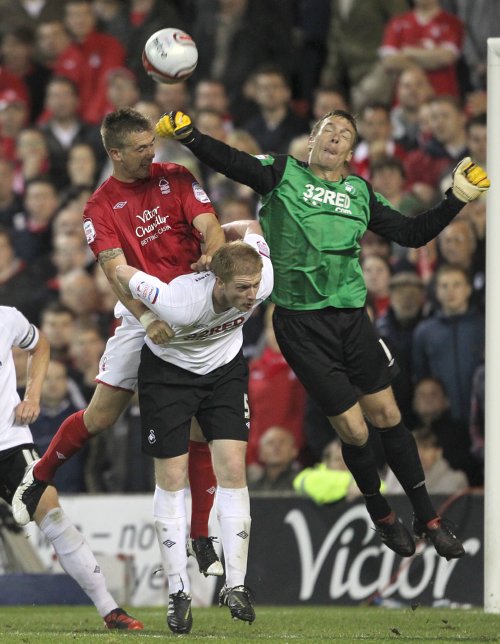 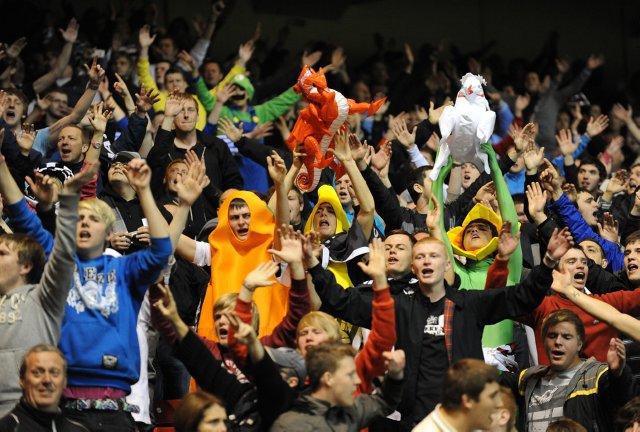 Decked out in a variety of costumes and with obligatory inflatable dragon and sheep in tow, the Swansea fans chant in the stands