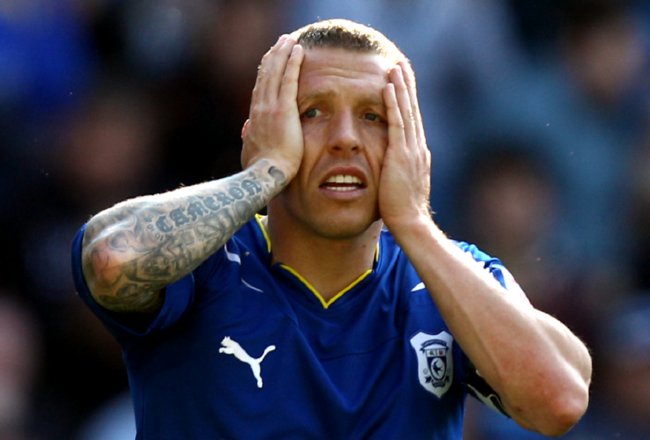 Wait…what? Says here in the Guardian that Craig Bellamy (yes, that Craig Bellamy) has been installed as the bookies’ favourite to take over at Cardiff after Dave Jones was axed yesterday for failing to navigate the play-off quagmire for the second year running.

Bellers still has a year left to run on his contract at City but was being touted to join Cardiff on a permanent deal this summer, though it several national newspapers are reporting that the Welsh gobshite is now ahead of Roberto Di Matteo and Chris Hughton in the running to take over at the Bluebirds.

I suppose it makes sense as Bellamy is still a Manchester City player by rights and has absolutely no managerial experience what-so-ever.