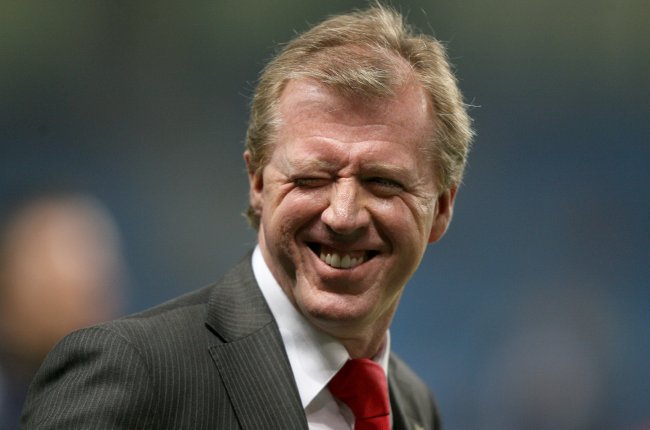 You leave the Parish for one day and look what happens. As soon as my back was turned, Nottingham Forest sacked Billy Davies (presumably for being such an argumentative little git) and have, as of this morning, officially appointed Steve McClaren as his successor on a three-year deal.

It feels like it should be a ‘coup’ (former England boss, won titles in Holland, lasted longer than a month at Wolfsburg for Christ’s sake) but for some reason I can’t quite move past the ‘meh’ stage at the moment.

McClaren is definitely an improvement on the Scottish Napoleon, but it won’t matter when we start the season with 10 senior players.

The Forest squad is threadbare (and about to get ‘threadbarer’ if several new contracts aren’t handed out smartish), naive and they have, in all honesty, been massively over-achieving in terms of final league positions for the past two years – not a good mix.

Regarding Davies – In reality, with two successive play-off finishes, L’il Bill had probably reached a ceiling at Forest, though that says more about the relatively paucity of the squad than it does about his managerial attributes.

Let’s just say it’ll be interesting to see if McClaren will be able to infuse Forest’s current dwindling flock with the same defiant mentality as he stirred up at Twente (who knows, now that he’s all continental and la-di-da, he may even play the same two strikers for two games running!) and make that fateful push into the Premier League stick.

Like a footballing jobber, we may well get savagely tonked every week in the top flight, but at least we’d be getting paid handsomely for it. That’s something, right?