It’s a rather interesting time for The Sun to be pointing the finger at others in football, isn’t it? However, as a bastion of morality, the newspaper gives us a couple of photos from the recent Sheffield derby which are apparently supposed to have us shaking our heads in disbelief at the state of the nation and the beautiful game.

Still, they have coined a new phrase – “finger yob”, which is quite superb. Maybe a new low-budget children’s TV animation series features a hooligan mouse and a weird bearded bloke will develop from this idea? (that’s for older readers only, by the way). 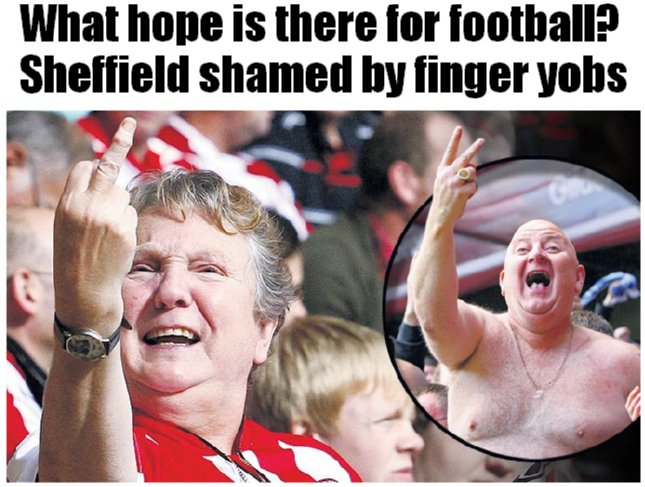