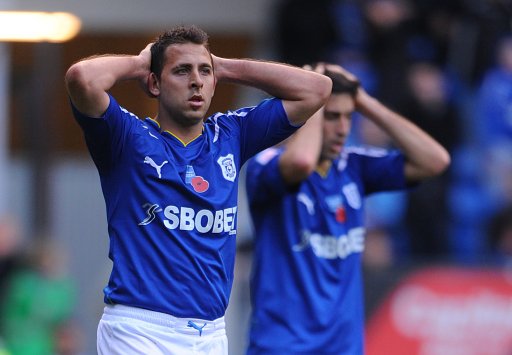 Over the last few days, the papers have been full of Michael Chopra and his revelations of playing through injury in order to earn appearance money (to pay off gambling debts) and spending £20,000 a day on the gee-gees.

However, the Sun has a new, far more exciting angle on the story. It claims that the Ipswich Town striker was recently threatened at the club’s training ground by a “thug” who was apparently looking to frighten the former Newcastle player into coughing up unpaid gambling debts.

The “thug” in question is reported to have posed as an autograph hunter before (unsuccessfully) threatening the 27-year-old player.

A “source” at Ipswich said: “Chopra has cleared off his debts and is starting from a clean state.” So there.