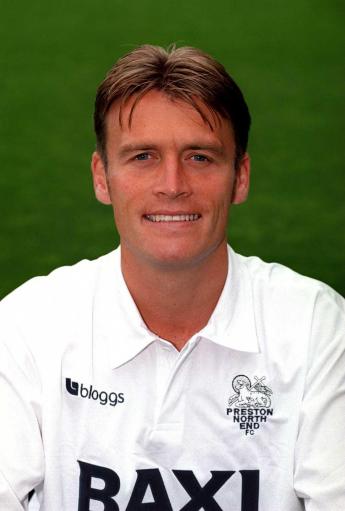 Gary Parkinson had enjoyed a long football career, making over 450 league appearances with Middlesbrough, Burnley and Preston amongst others. When his playing days ended, the defender moved into coaching and a job at head of youth development at Blackpool. However, in 2010, Parkinson suffered a severe stroke (remember Charlie Adam’s t-shirt tribute?), which left him totally paralysed, except for the use of his eyes.

After such a trauma, the odds of the 43-year-old remaining in football were indeed small. However, Middlesbrough boss Tony Mowbray was eager to get his former team-mate back into the game and is now using Parkinson’s vast knowledge of football to help him scout potential new players.

Parkinson, who suffers from the rare ‘locked-in’ syndrome, watches DVDs of players before communicating what he thinks of the players, with his eyes, to his wife Deborah.

“Tony and his coaching staff, like Mark Proctor and Stephen Pears, have been fantastic for Gary,” said Deborah. “When Tony first came to see Gary, he could see Gary was still aware of everything that was going on around him. So he asked Gary if he wanted to do some scouting for him.”

“A DVD comes down to us, with a sheet of paper. There is a description of the player, his name, his age, his position and the clubs he has played for, ” she continued. “Gary still loves his football, knows all about youth football from his time as the youth team coach at Blackpool, and you can see he picks up when he is doing it. I have done it with him and so has my son, Luke.”

What a rather heart-warming story and one that shows sometimes, just sometimes, football can give something back.

(By the way, don’t worry, Pies isn’t getting soft in its old age – there are plenty of bitter, cynical posts for you to peruse today)