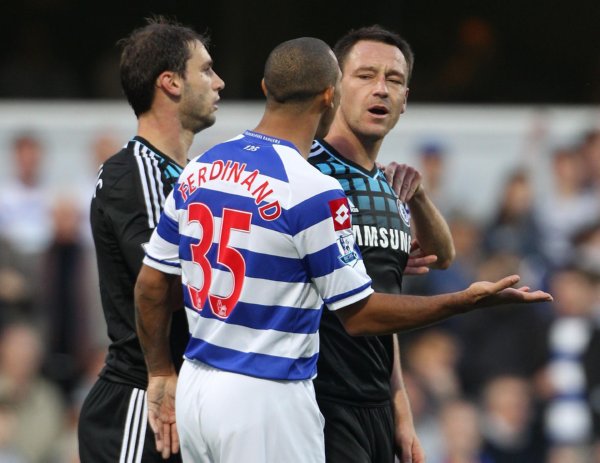 Word has just filtered through that John Terry is to be brought before the beak of the Crown Prosecution Service, after being charged with a ‘racially aggravated public order offence’ pertaining to the alleged abuse he alledgedly flung in the direction of Anton Ferdinand at Loftus Road back in October.

This comes after Terry was questioned under Police caution a week or so ago when ‘new evidence’ (apparently a second video) came to light. He’s now pencilled in to appear before West London Magistrates’ Court in early February.

Pretty amazing that ‘Teflon John’ Terry will be appearing in court over something that might have happened, rather than the several hundred disgusting things that he’s actually done over the years, but hey ho.

“I am disappointed with the decision to charge me and hope to be given the chance to clear my name as quickly as possible. I have never aimed a racist remark at anyone and count people from all races and creeds among my closest friends.

“I will fight tooth and nail to prove my innocence. I have campaigned against racism and believe there is no place for it in society.”

For the record, Chelsea have released a statement saying they will be ‘fully supportive’ of their captain over the charges.

According to those in the know, the maximum punishment Terry is likely to receive, if found guilty, is a relatively paltry £2,500 fine (which is roughly equivalent to 40 minutes’ work for him).

But before anyone goes flying off the handle vis-a-vis the hugely disproportional punishment given to Luis Suarez, it’s worth mentioning that Terry hasn’t ‘gotten away without a ban’ YET. The FA are still to charge him and will definitely do so if he’s found guilty in a court of law. Criminal cases always takes precedence.

Any thoughts on the matter folks? Pies legal department would like to kindly urge you to keep them as un-libellous as is possible…