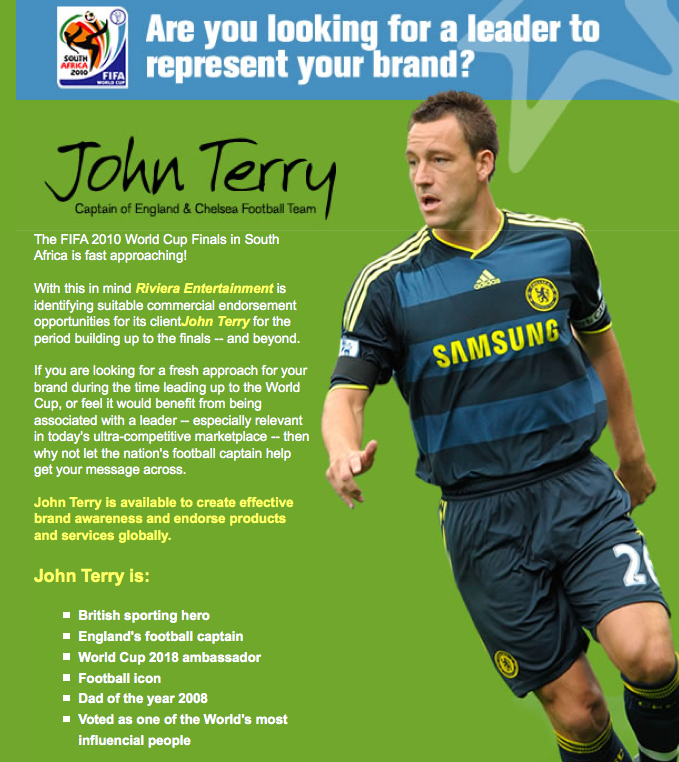 I can’t think of a single brand that wouldn’t benefit from being associated with JT. He’s a leader, he’s a leader.

Those bullet points kill me. I’m thinking there’s some crossover between ‘British sporting hero’, ‘England football captain’ and ‘Football icon’, but hey, what do I know? Dad of the Year? Can’t argue with that. Influencial (sic)? Hmm, less convinced. Message to Riviera Entertainment: pay for a proof reader next time, it helps add that important gloss of professionalism.

And whoever invented the phrase ‘brand awareness’ should be chained to a whiteboard and pelted with rotten stuff, for twice as long as eternity.