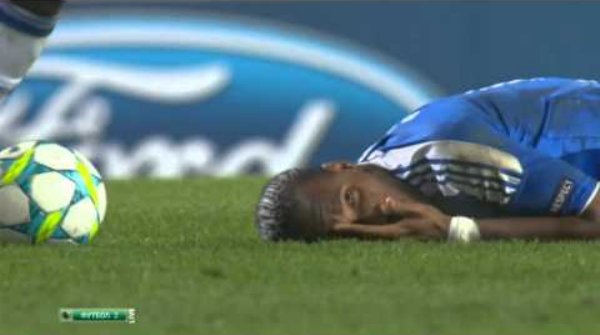 ‘Der Afro’ Paul Breitner has just done the business in Nyon and the draw for the Champions League quarter-finals looks a little like this – in fact, it looks exactly like this…

The semi-final draw was also conducted, with the last four shaping us thusly…

The winners of ‘semi-final 1’ have also been drawn as the home team in the final, meaning that Bayern Munich will play as the home side in the Allianz Arena should they manage to reach the final hurdle come 19th May.

Initial reaction: Chelsea have landed a perfectly winnable quarter-final, though that’s not to say a victory over Benfica is anything other than ‘possible.’ A re-staging of the nerve-jangling Chelsea-Barca semi of 2009 is also on the cards if they manage to oust their Portuguese opponents.

Elsewhere, APOEL will be delighted to be welcoming Real Madrid to town, but there must be real fears of their incredible Champions League foray ending with a heavy trouncing – with a Real Madrid/Barcelona final being a very real possibility thanks to them being miraculously kept apart. What a turn up for the books.