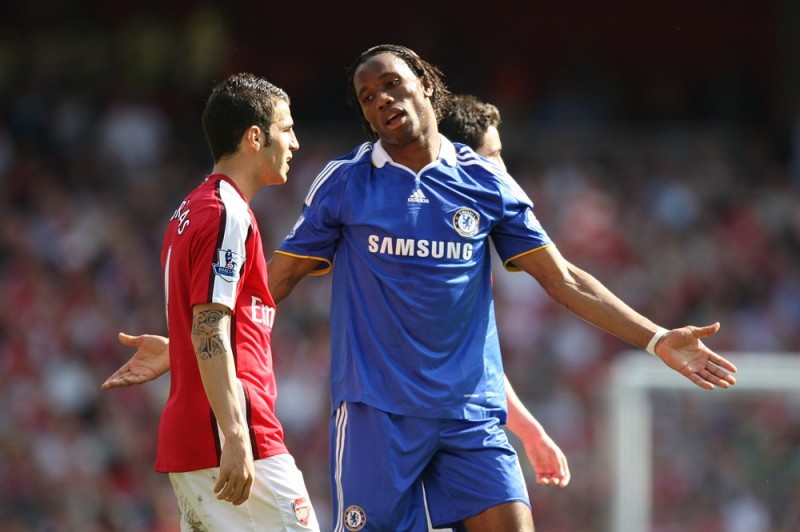 “You sir, are a fucking disgrace.”

Much tabloid chatter this morning about Cesc Fabregas’s Chelsea quote:

“An average team that has the best striker in the world can always do something and Didier Drogba makes all the difference to them. Without him, their team would not be the same.”

Looks like Chelsea have really gotten under Fabregas’s skin after their 3-0 win over the Gunners at the Emirates.

I disagree with Cesc on this one. Of all the so-called Big Four, I’d say Chelsea can cope without their best striker much better than United (Rooney), Arsenal (Van Persie) and Liverpool (Torres). Mostly because Chelsea’s second-best striker is Nicolas Anelka, who is a marked improvement on players like Dimitar Berbatov, Eduardo and David Ngog.

Of course, at the end of the day, this is the perfect example of how to spin a fairly harmless quote into a back-page story. Fabregas stated the obvious – ‘team not as good without best player’ shock – and the tabloids have naturally turned it into a feud between Arsenal’s captain and Chelsea. Don’t buy it.

“I was doing a whites wash the other day and I found Fabregas in the pocket of ma shorts! Tiny he was, like a wee Star Wars figure. I posted him back to London sharpish.”