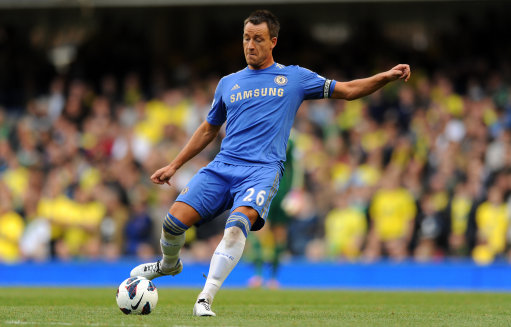 John Terry has just announced, via a statement made through his management, that he is not going to appeal against the four-match ban and £220,000 fine handed to him by the FA for ‘you know what’-ing ‘you know who’ back on ‘you know when’.

“After careful consideration, I have decided not to appeal against the FA judgment.

“I want to take this opportunity to apologise to everyone for the language I used in the game against Queens Park Rangers last October.

“Although I’m disappointed with the FA judgment, I accept that the language I used, regardless of the context, is not acceptable on the football field or indeed in any walk of life.

“As I stated in the criminal case, with the benefit of hindsight my language was clearly not an appropriate reaction to the situation for someone in my position. My response was below the level expected by Chelsea Football Club, and by me, and it will not happen again.

“Looking forward, I will continue to do my part in assisting the club to remove all types of discriminatory behaviour from football. I am extremely grateful for the consistent support of Chelsea FC, the fans and my family.”

“My response was below the level expected by Chelsea, and by me”… but not by anybody else on the entire planet.

As far as we can work out, his decision not to appeal means Terry will be banned for Chelsea’s games against Tottenham, Manchester United (both in the league and in the League Cup) and Swansea, returning for the Champions League group tie against Shakhtar at Stamford Bridge on November 7th.

So, Terry sucks it up, pays his dues and gets on with it again in four games’ time like nothing happened.

Nothing ever really changes, does it?