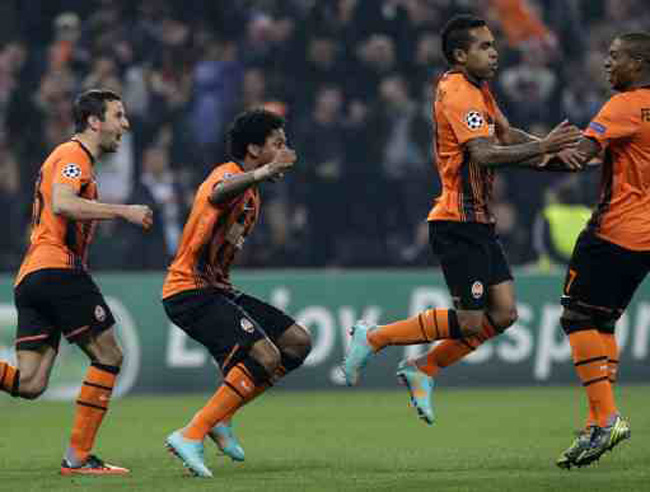 High-flying Chelsea came back down to earth with an Ukrainian bump on Tuesday night after losing 2-1 away at Shakhtar Donetsk in their Champions League Group E game.

The Blues were a goal down within three minutes after one of Shakhtar’s Brazilian contingent, Alex Teixeira, netted after the ball rebounded off John Terry. The Ukrainians then went 2-0 up when Teixeira’s fellow-countryman, Fernandinho, dispossessed Eden Hazard before eventually finishing off the move he began.

Overall, the home side were far superior for the majority of the game although Chelsea did improve after the break. Indeed, the visitors even managed to bag a goal themselves late on, courtesy of their very own Brazilian, Oscar. But it was too little to late as Roberto Di Matteo’s suffered what was a deserved defeat.