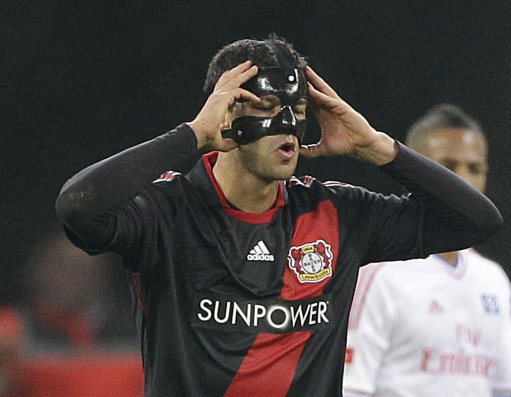 After being clocked hurtling down a motorway in his car doing 211 kilometres per hour (131 mph) in a 120 km/h (75 mph) zone near the Spanish town of Trujillo a week or so ago, Michael Ballack is now attempting to wriggle out of an £8,000 fine on the basis that he is unemployed and therefore cannot afford to pay up.

At the initial court hearing the day after his arrest, Ballack and his legal team were told the former Germany captain was facing an £8,000 fine and a two-year Spanish driving ban.

However, at the second hearing in Caceres yesterday, which Ballack was not required to attend as his offence does not carry a potential jail term, his lawyer, Jesús Gallego Rol, requested that the fine be reduced by 90% down to just £800 as Ballack is retired and therefore has had no regular income since being let go by Bayer Leverkusen in the summer.

Rol told the local media: “Just because he is a famous footballer doesn’t mean he has any money coming in.”

This is the same Michael Ballack who took home £131,000-a-week for four years during his tenure at Chelsea alone. Either he gets through an awful lot of pick ‘n’ mix these days or he’s lying through his arsch.

We’d be willing to guess which.