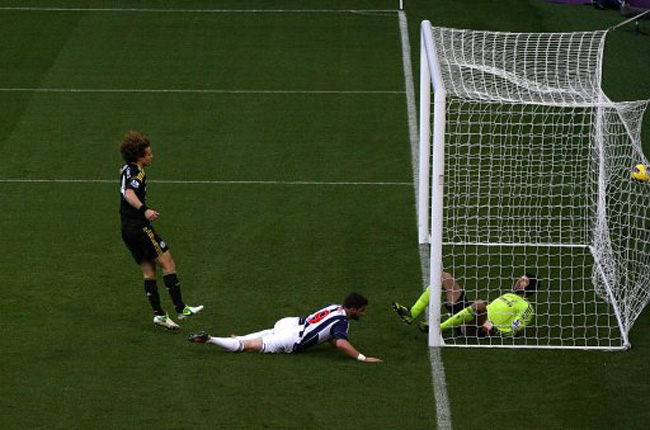 With one eye on next week’s vital Champions League clash with Juventus, Chelsea boss Roberto Di Matteo made five changes to his side ahead of their tricky trip to the Hawthorns. With the likes of Ashley Cole, Branislav Ivanovic, Ramires, Oscar and Juan Mata all looking on from the bench, the Blues were beaten by a superb performance from the season’s surprise package, West Brom, with Irish striker Shane Long the star of the show for the home side.

Long netted the opener after just 10 minutes but the sides were level before the break, courtesy of a header from Eden Hazard.

In the second-half, the Blues pushed for a winner but it was the Baggies who would score next, courtesy of Peter Odemwingie, who nodded home a Long centre on 50 minutes.

Di Matteo threw on Mata and Oscar, with the again ineffectual Torres hauled off, and while the visitors came close on a number of occasions, with Daniel Sturridge in particular having a number of chances to score, ultimately they would end the game suffering their second defeat of the campaign.

While Di Matteo will be looking for response against the Old Lady in Turin in the coming week, former Blues coach Steve Clarke can enjoy another superb victory in what is turning out to be quite the season for the Baggies.