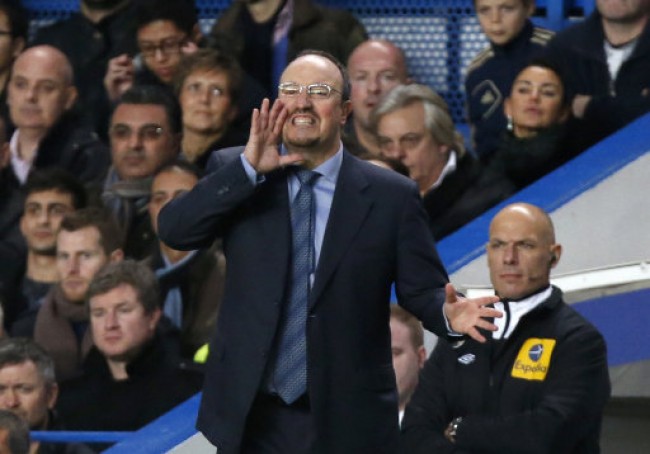 Not renowned for his entertaining teams, Rafa Benitez oversaw a dour goalless draw at Stamford Bridge in his first game in charge of the Blues.

The new Chelsea boss received a hostile reception from the home fans, who are still smarting from the sacking of Roberto Di Matteo and the game did little to lift the spirits of the crowd.

Sergio Aguero missed a great chance to put the Citizens ahead in the first half, but overall there was little to get excited about as these two giants failed to spark.

Oh, and Fernando Torres had a pretty torrid afternoon. Poor sod. And Mark Clattenburg returned to action, as a fourth official too!

The result sees City in second place, a point behind Man Utd, while the Blues stay fourth.

As for Benitez and the Bridge booing. Whatever the fans think of RDM’s sacking, surely jeering your own manager in his first game is a bit much?