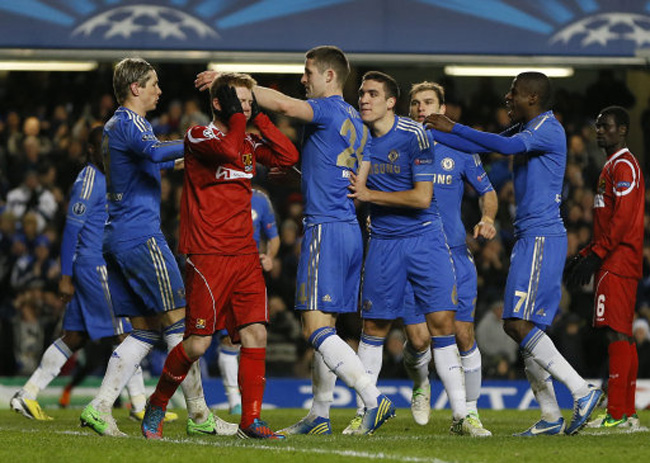 Poor old Rafa Benitez, even when he finally oversees his first win in charge at Chelsea, his side are still knocked out of the Champions League.

Chelsea mauled Danish side Nordsjaelland on a chilly night in west London, but with Juventus winning against Shakhtar Donetsk in the other Group E game, the Blues’ win was in vain, with the Italian and Ukrainian sides making it through to the last 16.

Hell, even Fernando Torres managed to get on the score sheet tonight, twice no less, as the home side ran riot. David Luiz had opened the scoring in the first half, courtesy of a spot-kick, but only after both sides had missed one penalty each. Torres then got on the scoresheet just before the break.

In the second-half, Gary Cahill, Torres again, Juan Mata and Oscar all added to the Blues’ fine scoreline, with Joshua John getting one back for the Danes.

However, ultimately it the Europa League where the Blues will continue their Euro-adventure this time around. Not the best of situations for the Champions League holders.