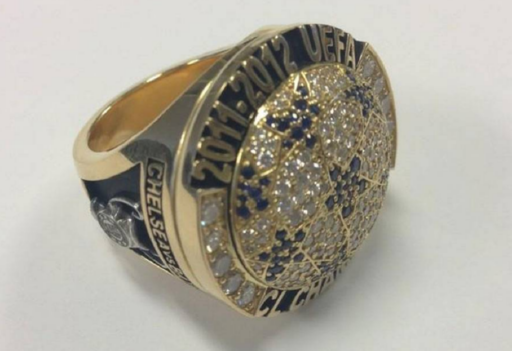 Didier Drogba hosted a lavish soiree in London last night in order to present his former Chelsea teammates with a little something to remember their Champions League victory last season by – £800,000’s worth of ‘little something’ to be specific.

A day after this year’s vintage had crashed out of the tournament at the first hurdle, Drogba presented his former Champions League comrades with personalised Superbowl-style winners’ rings at a dinner he’d thrown at Wyndham Grand Chelsea Harbour – though several players, including Fernando Torres, Petr Cech and Juan Mata and winning manager Roberto Di Matteo, were all unable to attend.

On stage, Drog said: “I wanted to give something to the team so we can all look back and remember that achievement,” before singling out John Terry for some special praise, “You’re my hero and everyone at Chelsea loves you.”