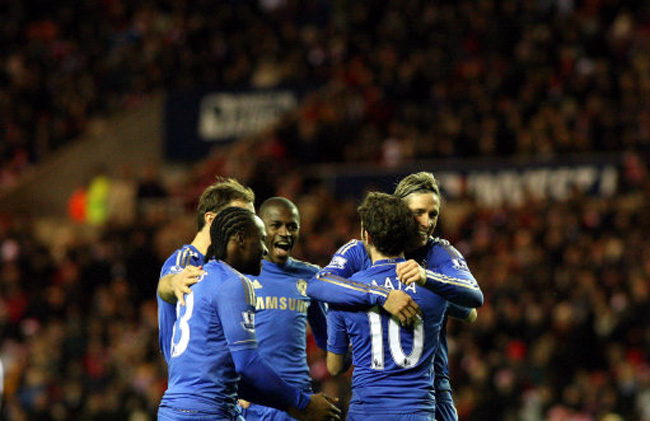 Rafa Benitez finally saw his new side secure a league win after comfortably overcoming a poor Sunderland said at the Stadium of Light.

And not only did Chelsea register their first Premier League win in eight games, but Fernando Torres even managed to get on the scoresheet, not once but twice!

The Spaniard’s base came in a first period which was dominated by the visitors.  Torres’ first, on 11 minutes, was a fine volley while his second came from the penalty spot, after a hefty foul in the box by Seb Larsson.

With only four minutes of the second-half gone, another Spaniard, this time Juan Mata, made it 3-0. The Black Cats did produce a decent fight back and got on the scoresheet courtesy of a superb Adam Johnson effort on 66 minutes but ultimately, Martin O’Neill’s men couldn’t peg back the Blues.