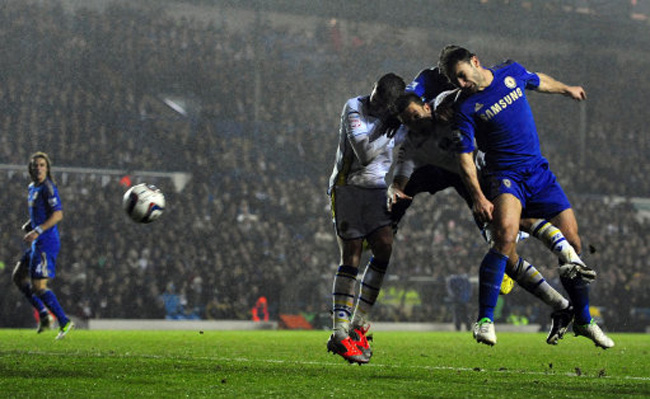 Fresh from their Club World Cup defeat, Chelsea got back to winning ways at Elland Road on Wednesday night, coming from a goal down to eventually hammer Leeds 5-1, a result which keeps the Blues on course for League Cup success.

Luciano Becchio had put the home side a goal up just before half-time, finishing off a fine counter-attack to give the Elland Road faithful hope of pulling off a famous victory.

However, within two minutes of the second-half, Juan Mata had levelled the scores. That goal opened the floodgates for Rafa Benitez’s men, with Branislav Ivanovic, Victor Moses, Eden Hazard and finally Fernando Torres giving the Premier League side a convincing 5-1 victory.

Surely the trophy is Chelsea’s now?