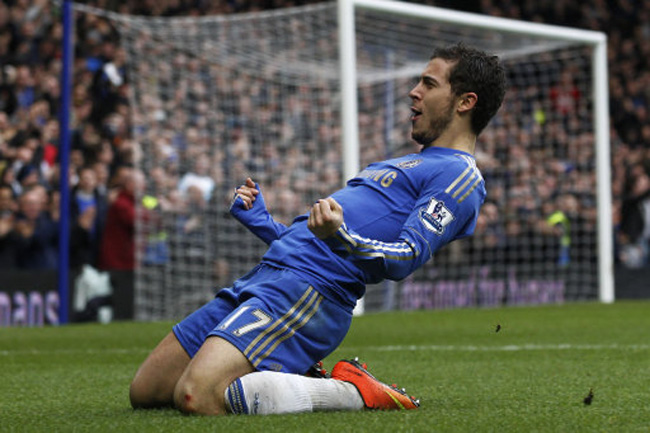 Frank Lampard netted his 200th goal for Chelsea as the Blues coasted to a 2-0 win at Stamford Bridge.

The midfielder headed home on 19 minutes  in a game which the home side could have won by a far greater margin, had it not been for some poor finishing, particularly from Demba Ba.

However, it was Belgian Eden Hazard who was the star of the show, providing the assist for Frankie Lamps’ opener before doubling the west Londoners’ advantage after the break, courtesy of a superb strike.

The Hammers did have the ball in the net on once occasion, but only after Andy Carroll had nudged David Luiz, with the goal correctly disallowed by ref Michael Oliver.

Chelsea go third, a point ahead of Spurs while Sam Allardyce’s men are now six points clear of danger.